Join 848 other subscribers
Follow Girl's Guide to the Gun World on WordPress.com

When someone asks you to be on the cover of TIME Magazine, it’s not something you say no to. Despite knowing how bad being a gun owner on the front page of one of the most

prominent and well-known publications could be. In September, Dianna Muller reached out to her DC Project girls in hopes of finding a brave handful of us that would be interested in the TIME Project. After moving a few things around at work, I was able to get myself down to D.C. to participate in this project. And I’m so glad I did.

arms to not only take our pictures but to listen to our story. As a gun owner, I’ve learned we all have different stories. We all have our own reasons for wanting to protect our Second Amendment and more often than not we are shushed by mainstream media. 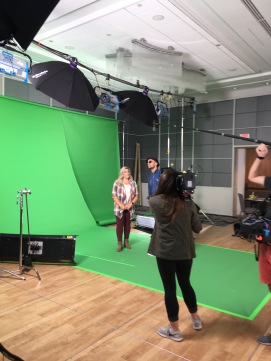 Our stories are manipulated and we are demonized and portrayed as monsters. TIME Magazine gave us the chance to tell our stories unedited and raw.

We were photographed and recorded. There was no prompting or leading. I walked into a room where I was introduced to the sound editor and started a conversation. As soon as I first mentioned guns, he asked if he could turn on the recorder. The next words were “Just tell your story”. That’s exactly what I did. After the edition came out in November and the site went live, I expected to hear an edited version (at least my “um’s and uh’s), but even those were in there. Completely raw, completely unedited. That’s the story the world heard.

The mural was nothing like I’ve ever seen before. All Americans, all equal, all one.

You can check the mural and the story out at http://www.time.com/guns-in-america